Captain Sandeep, a handsome young army man visited Smilekraft Dentistry, Pune in 2018 for a smile designing treatment. His main concern then was the brownish discolouration on his front tooth. When discussed, we mentioned it to him that if we had to treat only that tooth, we would have to match it to the other teeth, which were also discoloured due to the effect of dental fluorosis. This kind of discoloration due to dental fluorosis is a regional issue in some parts of India, warranting such smile designing procedures.

After a couple of further appointments discussing his desires from a smile designing treatment in India and life ahead, we decided on few other things that needed correction:

We got working by first giving him a test drive of how his smile would approximately look after the smile designing process. Once approved the first step was to correct the gum positions, which was done using our Waterlase laser machine. The final smile designing was achieved with 8 emax crowns. 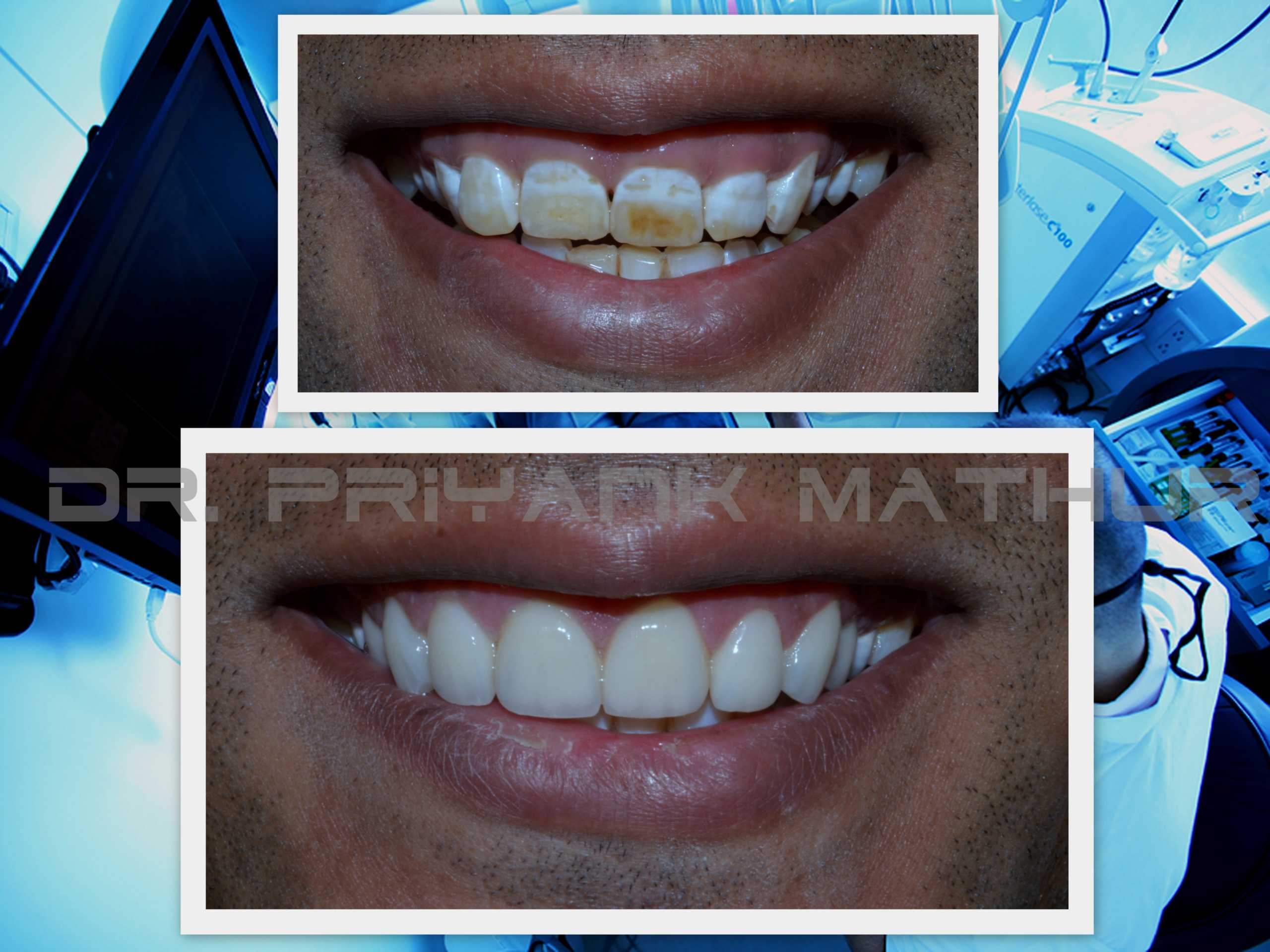 The result left him smiling wide with confidence and made us feeling grateful to be of service to an Indian army personnel.