Nanda, a successful IT professional, had once visited our clinic for a routine check-up and regular cleaning of teeth. During that meet we happened to discuss about the possibilities of getting his protruding teeth aligned, which he thought were not very conducive to his self-confidence. He particularly acknowledged that he avoided smiling during important presentations and work meetings because of his forward-placed teeth. But due to his travel schedules and time constraints, the thought which had long occupied the back of his mind was laid back for some more time again.

But, after a couple of months we received an email from Nanda about his decision of coming to India from Germany, to get the smile correction treatment done, during his availability in Pune for approximately a week and a half. 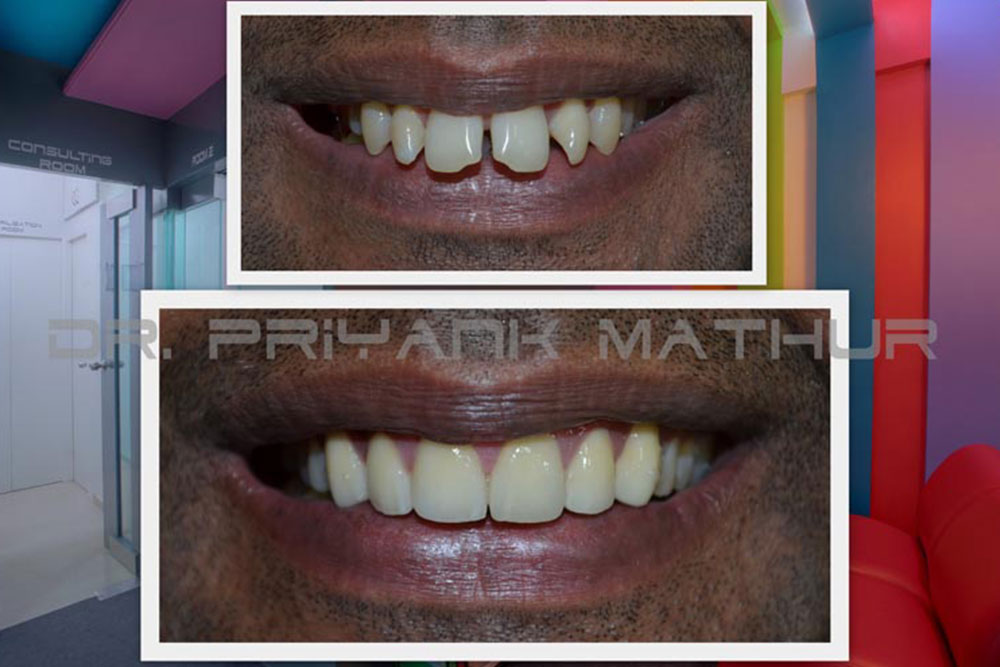 We scheduled an appointment for him on the same day of his arrival to decide on the course of action. The next day was the beginning of his treatment, which involved 4 intentional root canals, which, in the later days were followed by covering his upper front 6 teeth with 3M LAVA crowns to help us change their protruding angulations to straighter profiles and improve the overall appearance of his teeth and smile.

Since it turned out to be a fairly simple, fast and gratifying treatment for Nanda he left with two contradicting emotions of happiness and of regret of not getting this treatment done earlier. 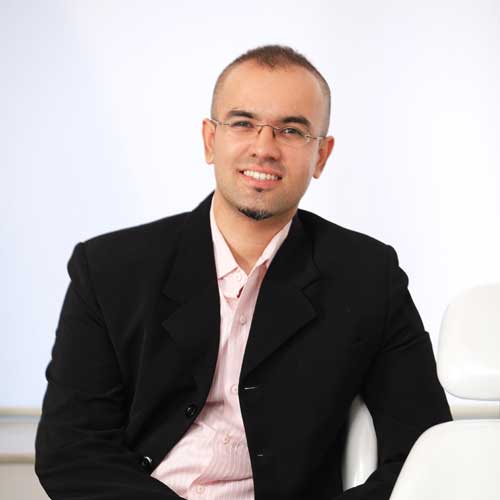