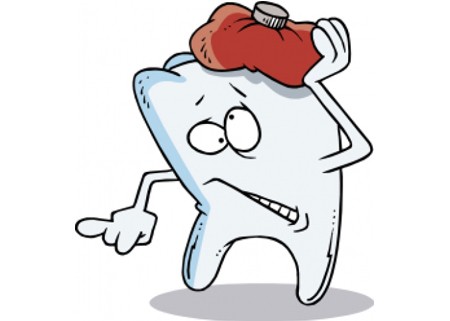 Should you be thankful for a little pain? Most people would definitely disagree, but looking at another way – the sensation of pain could be a protective response – your body’s way of telling you something’s wrong. Tooth ache is a case in point. It is easy to ignore a dull ache or occasional twinge, but only later would you realise that the slight twinge was a clue to a more serious problem.

Almost everyone experiences some kind of dental pain at some point or another. How do you know whether the ache is just temporary tooth sensitivity or something serious? Dr. Priyank Mathur of Smilekraft Dentistry categorises the symptoms of tooth pain and narrows down its possible causes.

Minor sensitivity and discomfort due to hot or cold food or liquid isn’t generally a sign of a serious problem. A lot of people experience heightened sensitivity after a dental procedure (even a cleaning), or due to over-vigorous brushing. This may be due to an exposed part of the tooth’s root. If the ache doesn’t go in a short time, don’t ignore it

Constant, dull ache in the upper jaw and top teeth could possibly be due to sinus. If the pain persists even when you aren’t unwell, visit a dentists to determine the dental cause behind this discomfort

Sharp pain while biting could generally indicate a problem that needs immediate attention. This could be due to an advanced decay, a loose or eroded filling or even a cracked tooth. Immediate medical attention could save your tooth

Your dentist would be the best person to work out the cause of your toothache. It’s especially important to see a dentist if you are in severe pain. You should also seek advice as soon as possible if you have a fever, are feeling generally unwell or if you think mild to moderate dental pain was caused by an injury.

About the Author: Dr. Priyank Mathur

This article has been penned by Chief Implantologist and cosmetic dentist - Dr. Priyank Mathur, the founder of Smilekraft Dentistry. Having completed his B.D.S from Government Dental College, Mumbai in the year 2007, his dedication to provide life-changing dentistry led him to founding a private practice in Pune in the year 2008. Smilekraft Dental Clinic was then conveniently located in Pimple Saudagar, beside the then developing area of Wakad in the western suburb of Pune, India, the current location of the clinic. Following this, he went on to complete his Post Graduate Diploma in Implant and Aesthetic Dentistry from Nobel Biocare in the year 2011. This was followed by another Post Graduate Diploma in the field of Laser Dentistry in the year 2012 along with establishing Smilekraft Dentistry, to give his patients a painless experience by utilising the first Waterlase laser machine in Pune for his cosmetic and implant dentistry procedures. Thereafter, he received his Fellowship of the International Congress of Oral Implantologists in the year 2013, further increasing his credibility as a dental specialist in implantology. The opinions expressed herein are solely based on Dr. Mathur’s personal experiences with his patients over these years and medical findings as a practicing dentist.